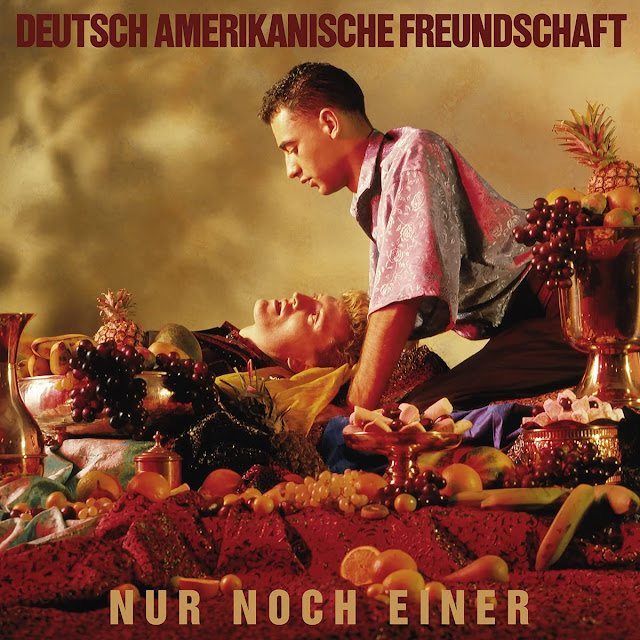 Gabi Delgado passed away in 2020. At the time, DAF had been making plans for a new album. It was to consist of tracks written by the duo when they shared a flat at Holland Road in London's Kensington district in the very early 1980's, as well as some new compositions.

About a month and a half after Gabi passed away, in May 2020, Robert Görl and Grönland Records presented 'Ich denk an dich", a new track credited to DAF and Robert Görl, with the following statement.

"Gabi and I had some grand plans. We wanted to make a new DAF album. We were thinking of it being a mix of new tracks created on the fly and a selection of our best hidden gems left over from the 80s. We were really raring to do it. We were certain the album was a done deal. We wanted to finish producing it this summer. I listened to all our old bare-bones from back then again – absolute treasures!

Gabi departed this life suddenly, a life he loved so much, and I've resolved to produce all of these unheard jewels for DAF and Gabi in spite of it all. They were written while we were sharing an apartment on Holland Road in London (1981/1982). I dedicate the song Ich denke an dich ('I Think of You') to Gabi."

At the time, we all thought that "Ich denk auf dich" was one of those old tracks, something from the archives that Robert had produced for the new album. Now that the album has been announced, "Ich denk auf dich" is not actually on the track list. Does that mean that it was a brand new track?

Anyway, the new DAF album is called "Nur Noch Einer" (just one more) and it will be released on the 26th of November 2021. The album cover features a photo that must have been taken during the sessions for Pure Joy in 1986 (the fruit, the clothes), but with a typographic treatment reminiscent of the classic albums from 1980-1982.

The CD version will contain 15 tracks, as per the list below.
The limited vinyl edition is limited to 10 tracks.
There has been mentions of a first audio sample or single, Erste DAF Probe, being released this week. In the meantime, head over to the Grönland shop to get your pre-orders in.
Labels: 2021, DAF, Deutsch Amerikanische Freundschaft, Gabi Delgado, Groenland Records, Grönland Records, Robert Görl